Evan was born on June 9th 2010. He was given his name due to its Celtic meaning, 'Young Warrior', which he has lived up to from the moment he was born. His birth was unexpected being born 9 weeks premature at Yale New Haven Children's Hospital. His diagnosis was given 2 days before his birth by using 3D and 4D ultrasounds. We had suspicious ultrasounds starting at 27 weeks which the experts at Yale were monitoring. Evan was born during an emergency cesarean section and it became very obvious that his diagnosis was, Harlequin Ichthyosis.

It was a very intense feeling not knowing anything about his condition. Luckily we were fortunate enough to have Yale Dermatologists that are experts on Ichthyosis. Even though his birth was an emergency situation, the doctors and nurses knew to be expecting a Harlequin fetus and had the appropriate care 'waiting' for him. Evan spent 58 days in the NICU where he received superior care. Whenever we went into his room, I always made sure we stayed positive and 'in good spirits' so Evan could feel those positive emotions. 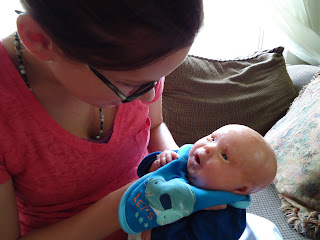 Now, Evan is a very happy, content child. He puts up with a very strict, meticulous skin regimen which is necessary to prevent infections, fissures, thick scaling and for his ultimate comfort.  He gets two 40-60 minute baths a day to moisturize his skin and to exfoliate scale. Evan is constantly having Aquaphor applied to his skin in order to add and hold the moisture in and to avoid cracking or fissures from occuring. He receives frequent eye drops and eye ointment when he sleeps since his eyes do not always close. We regularly see an ENT to clean out the skin debris in his ear canals. 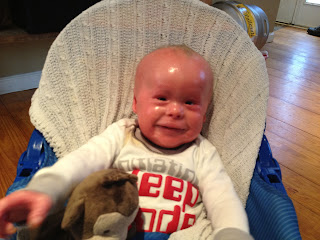 Precautions need to be made in regards to his body temperature, sodium levels, and calorie and fluid intake. Evan cannot regulate his own body temperature because he does not sweat. Since his skin cells are not functioning properly, he looses a large amount of fluids through his skin which results in dehydration and excessive calorie burning. With all things considering, Evan has a happy go lucky personality. He is extremely patient, has a huge smile on his face during Aquaphor applications and can't get enough splashing in the bath!! He is my hero. 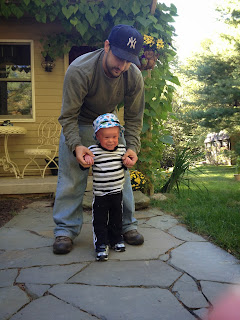 Evan is now 5 years old. As a preemie he faced many challenges in addition to his skin condition. He is very behind developmentally. Evan is finally sitting on his own and is now army crawling all over the place. He loves to be on his feet. We have a Rifton- Gait Trainer which is a great piece of equipment for teaching & aiding him to walk. He lacks balance and 100% trunk control and tires easily. But his motivation and determination keep him going. Evan's speech has come a long way and he is now talking up a storm (in his own little language). He is now in Kindergarten and  also receives physical, occupational and speech therapies. Being a part of a classroom has helped his social skills greatly and he just loves being around other children. He has made an enormous amount of progress thanks to these intensive therapies, school and the work we do at home. He is the happiest boy who is now a big brother and we are very optimistic for his future. 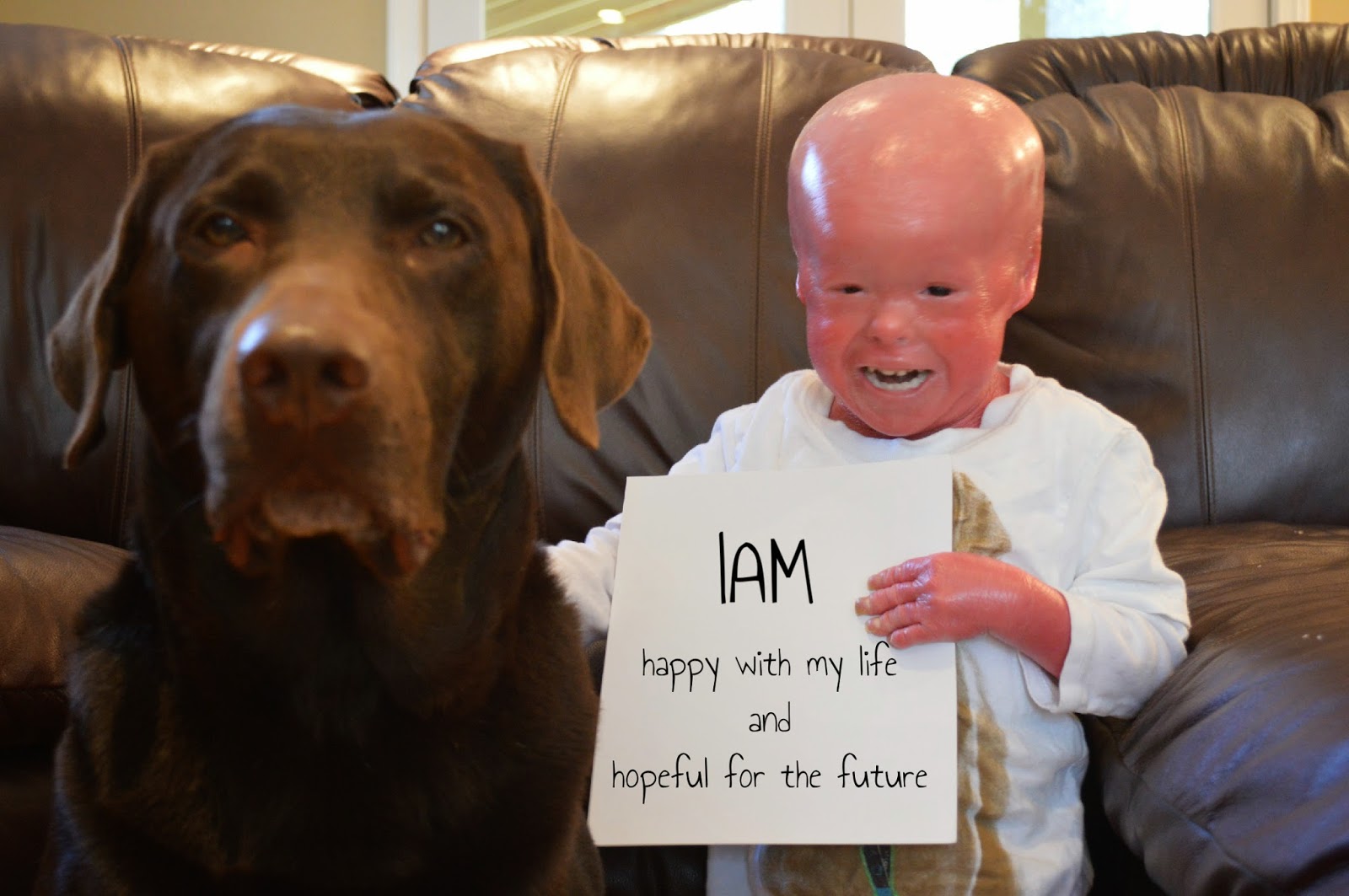 Email ThisBlogThis!Share to TwitterShare to FacebookShare to Pinterest
Home
Subscribe to: Posts (Atom)
"....Ichthyosis is a family of genetic skin disorders characterized by dry, scaling skin that may be thickened or very thin. Ichthyosis affects people of all ages, races and gender. The disease usually presents at birth, or within the first year, and continues to affect the patient throughout their lifetime....."

This blog is dedicated to Ichthyosis Awareness as well as sharing Evan's story as we experience the challenges and triumphs while living with Harlequin Ichthyosis.

De De
Mommy to an amazing little boy who makes me smile each and every day. With two degrees sitting on the back burner (Master's in Education and Bachelor's in Fashion Design) I spend my days caring for my child with Harlequin Ichthyosis. Learn more at: www.FirstSkinFoundation.org

CLICK HERE to read about Evan's visit with Brenna!